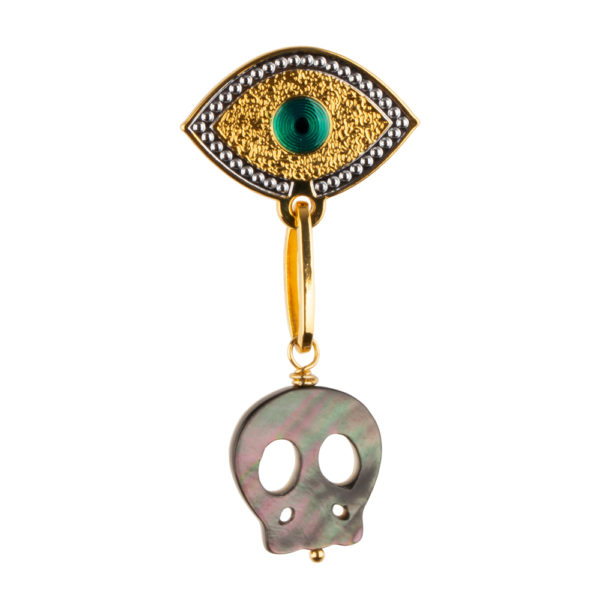 Symbology of the Skull.

The fascination for skulls (bone head or human skull) and its symbolic value, not only encompasses the art world, its use is very wide, and covers many cultures and periods. In synthesis it would be the symbol of death, but this meaning can vary or have nuances depending on who appropriates this icon. For the Spanish critic Juan Eduardo Cirlot (Barcelona, ​​1916-1973), “the skull is the emblem of the expiration of existence, which appears in the literary elements of Hamlet and Fausto. However, like the shell of the snail, it is actually what remains of the living being once its body has been destroyed. Thus he acquires a vase sense of life and thought, with this symbolic meaning the skull appears in the books of transmutation.

The greatest have turned to his illustration. Just by doing a sloppy count, artists like Basquiat, Dalí, Van Gogh, Goya, Frida Khalo, Rembrandt are followed. All of them with a different mission have turned to the object within the framework of their works to talk about arguments that cover topics such as death, thought, morbid, presence, irreducible purity, anatomy, simplicity, origin. It is what remains after the disintegration of the body, the immortal of the mortal seen from a religious point of view, which accounts for the footprint left by the body on earth, the evidence that someone existed in the place where it fell asleep forever. And it is not about the gloomy story of a human being or the absence of his soul, in the presence of his remains. It is the image of durability, the test of life, the last nucleus of the elements that compose us.