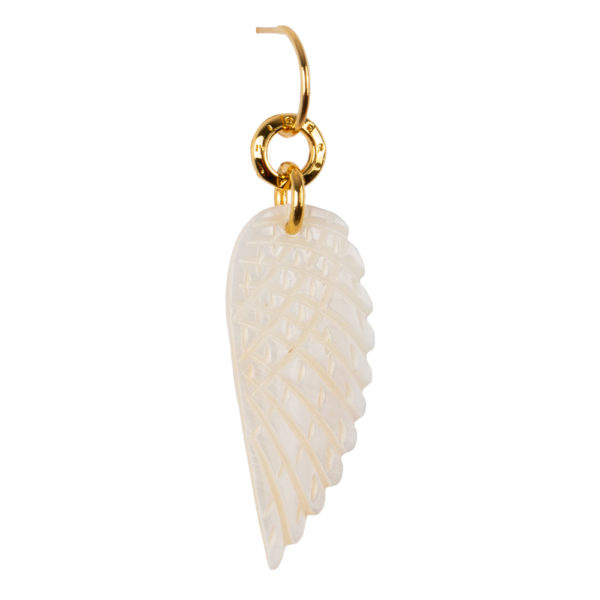 Do you know the symbolism of the wings?

They represent lightness, spirituality, the possibility of flying and rising to heaven. Aspiration of the soul to the supra-individual state, transcendence of the human condition. Cognitive faculty, imagination, thought, freedom and victory.

For the Hindus they represent liberation from matter, the fruit of contemplation. They allow you to reach paradise. In the Rig Veda they represent intelligence, as the fastest of birds. The Celestial Architect creates the world by waving his feathered arms.

When the Egyptian gods carry wings, it indicates that they are protecting, both those who cover them, as well as the precincts and temples, on whose doors a winged representation of Amon Ra was placed. Gathered together the Butho snake and the Nekhebet vulture, symbols of Lower and Upper Egypt respectively, will give birth to a winged serpent (reminiscent of the famous feathered serpent, the Quetzalcoatl of the Aztecs), representing the union of heaven and earth.

In America they are a symbol of the sky to which it can rise with its wings, the eagle in Mexico and the condor in Peru, represent the Sun. The bird symbolizes regeneration, the work done on Earth, which allows it to fly to a higher world ( This also reminds us of the Egyptian scarab that, after crawling on Earth, at the end of its life unfolds its wings to go to the Sun). The hummingbird symbolizes the star at birth and the soul that rises from the earth.

In Christian symbolism, the wings are but the light of the Sun of Justice, which always illuminates the intelligence of the righteous. God protects with the shadow of his wings (Psalms) and the man who turns away from God loses them. Angels are the highest expression of the winged spirit.

In Greek culture Hermes carries them on his heels, a symbol of the traveler and the messenger, of dreams, of impulse, of dynamism. The Greeks represent Love and Victory with wings. According to Plato, wings are a symbol of intelligence; for this reason they appear in some fabulous animals, such as Pegasus, expressing then the sublimation of the specific symbolism of the animal.