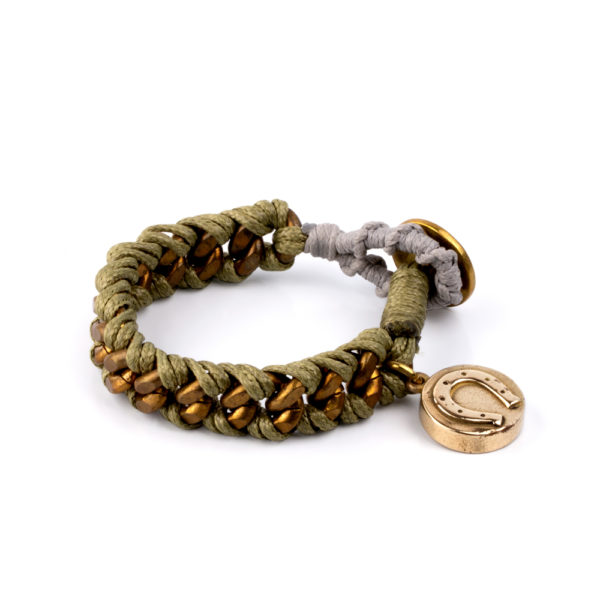 Magical symbol that is considered as the oldest talisman in the world and its almost infinite esoteric applications, range from its ability to protect itself from the environment, reconcile or dispel doubts, to get wishes or help in the good luck of the person. The popular belief of the horseshoe as a magical symbol extends from Italy through Germany and even into Great Britain and Scandinavia.

There are good reasons to suppose that the shape of the horseshoe is linked to the pagan symbol of the Moon goddess found in ancient Europe represented as Artemis and Diana, as this amulet invokes the protection of the goddess herself, or, more specifically, of his sacred vulva. As such, the horseshoe is related to other protective deities, such as the Blessed Virgin Mary, who is often seen standing on a crescent moon and placed inside a vulvar Mandorla or besica pisces.
In most parts of Europe, the Middle East, and in the colonial Spanish of Latin America, protective horseshoes are often placed upside down, but in some parts of Ireland and Great Britain people believe that horseshoes should be placed facing the sky. In the regions where the horseshoe is placed upwards, people understand that it acts as a divine recipient, just like the chalice in magical operations, picking up that divine blessing received, fertilizing it and bringing it to manifestation in our lives. For this reason, it is believed that turning the shoe upside down causes that blessing to be lost or wasted. This is an essential and very important concept both in the world of spiritual development, as in the world of magic and other mystical branches, and that is why it seems more advisable to place the horseshoe with its points facing the sky.