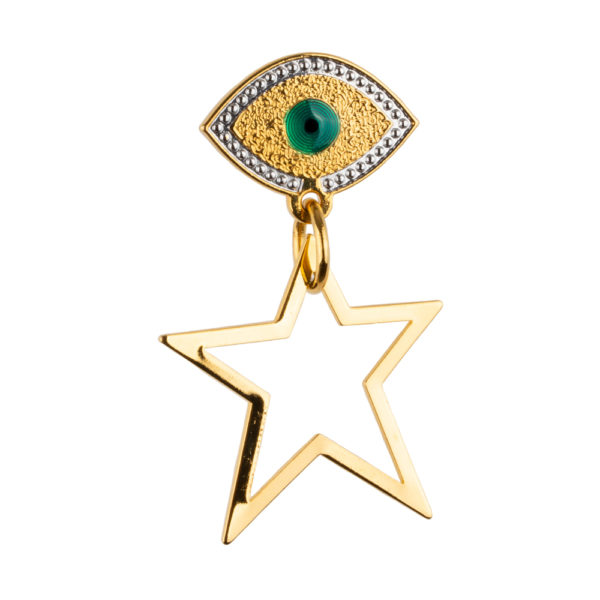 Earring made of bronze with 24k yellow and white gold plating.

The stars are considered as symbols of clarity and light that break through darkness and darkness. Many ancient peoples identified the stars with the concurrence of certain divinities, due to their harmonic movement. Its symbolism has also been associated with the spirits that have passed from earth to heaven and, according to certain Indian tribes, each person has a star that represents him in the sky.