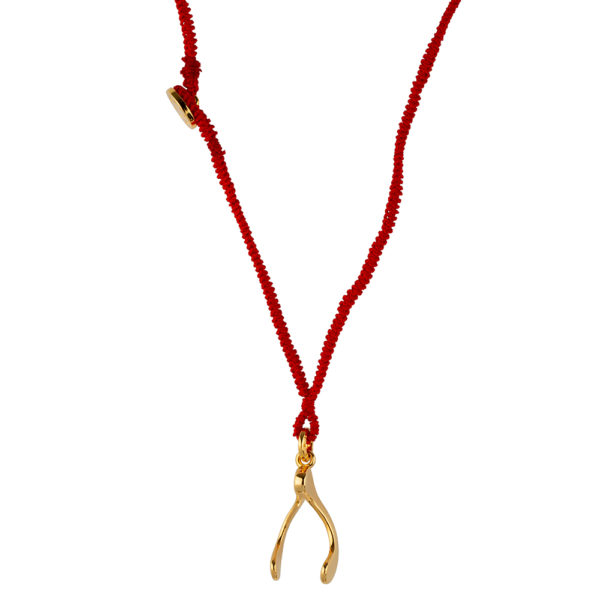 The legend of the Wishbone or Bone of good luck

When chicken was not a common dish and was only served on special occasions, breaking the “lucky bone” was quite an event. Luck began when a person found the bone in his ration and chose one of the diners to break it. Whoever got the longest part made a wish, which, according to the belief, would be fulfilled.

The custom of splitting “lucky bones” dates back hundreds of years. Scholars claim that such a practice took place centuries before Christ. Ancient peoples worshiped roosters because they announced the new day and chickens because they gave eggs.
In the 4th century BC, the Etruscans of central Italy sacrificed birds to invoke one of their gods and thus be able to predict the future or solve problems. The forked bone of the bird’s chest, the wishbone, was left to dry in the sun. Later, two people broke it, exactly as we do now, and whoever got the bigger part made a wish. The Romans adopted the custom, taking it to various parts of Europe.

There are two reasons why it is believed that the ancients chose this bone and not, for example, a rib or a wing. On the one hand, it is said that the bone resembles the legs of a man and that they symbolize life. Another explanation holds that this bone has the same shape as another lucky symbol: the horseshoe; but since this figure is destroyed in the “lucky bone” ceremony, scholars discard this interpretation.
Many peoples have attributed the power to predict the future to birds. A favorite game among the Etruscans consisted of forming a circle with the letters of the alphabet, placing grains of corn next to each one and setting a hen free. Questions were asked such as who would marry whom. The place where the bird began to eat gave the clue to know the answer.