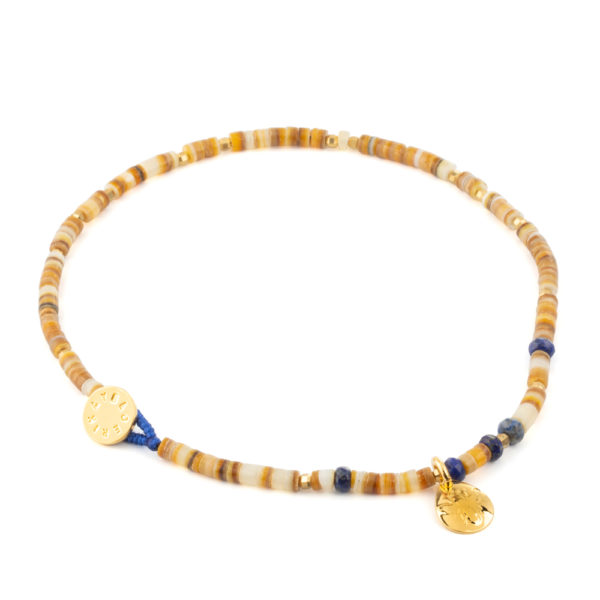 We guarantee that our accessories are made by combining natural materials, from which we make exclusive and personalized designs.

The queen bee is the matriarch of a community and life in the hive revolves around her. This is why the queen bee symbolizes royalty, motherhood and fertility. The bee in Ancient Egypt was a symbol of royalty and was believed to have been generated by the tears of Ra, the Egyptian sun god. Thus, a real and solar symbol, its most widespread image is as a symbol of the soul, the one that purifies by fire and nourishes with honey. It is also considered an emblem of Christ, since on the one hand it has great sweetness and mercy, associated with honey; and on the other, justice, represented by the sting, since it only attacks when it has been previously attacked, in an act of justice.
In Hinduism, the bee is associated with Kama, the God of love, represented by a young man riding a parrot, carrying a bow and arrow, and where the thread of the bow is made by bees. It can be associated with cupid and symbolizes pain and love.