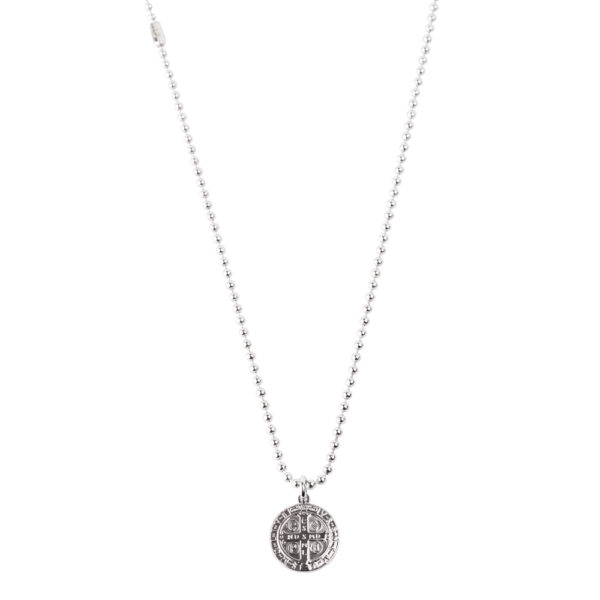 The Saint Benedict Medal is a sacred sign widely spread among the Catholic faithful. It presents on one side the image of Saint Benedict Abbot, and on the other the Cross of Christ. On the Cross and around it the initials of a prayer or exorcism are read. The Saint Benedict Medal reminds the faithful who carry it with them the constant presence of God and his protection. In the 19th century there was renewed fervor for the Saint Benedict Medal. In the written works of Dom Prosper Guéranger, abbot of Solesmes, and of Dom Zelli Iacobuzzi, monk of Saint Paul Outside the Walls, the origin and history of the medal are carefully studied. From this last monastery, located in Rome, the focus of Benedictine irradiation, devotion to the Medal also spread. The most popular representation of it is the so-called “jubilee medal”, designed at Beuron Abbey, and specially minted for the Benedictine Jubilee of the year 1880, commemoration of the 1400 years of the birth of Saint Benedict Abbot. Benedictine abbots from all over the world gathered for that occasion at the Abbey of Montecassino, and from there the Saint Benedict Medal spread throughout the world.