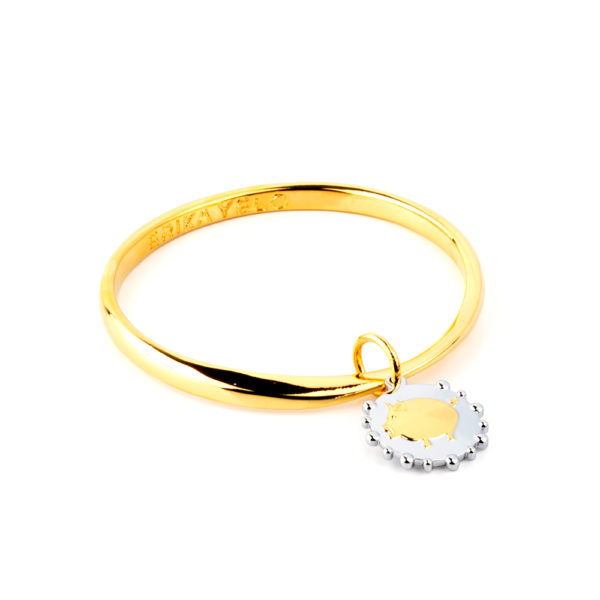 Internal diameter of the Bangle:

Symbology of the Pig.

The pig as a totem is important in several cultures. In Chinese culture it is a symbol of luck in money and wealth. In the Celtic European culture it is also a magical symbol. Among the Greeks the pig was also a sacred totem of fertility, and the American Indians have it as a totem of abundance and wealth just like the Chinese.
The pig moves quickly and with determination. The pig knows intuitively to react to various situations. If the pig is your personal totem, it will teach you your determination and quick movements to take the right actions in your life.
The Greek land goddess of fertility, Démeter, kept a sacred pig, which became a symbol of fertility.

Have you ever heard that from Toi, toi, toi? Always three times. It is an Austrian German expression used especially in the entertainment world, it is what artists say when they go on stage. Although it is also possible for someone to tell us to just wish us good luck on an exam or in an interview.