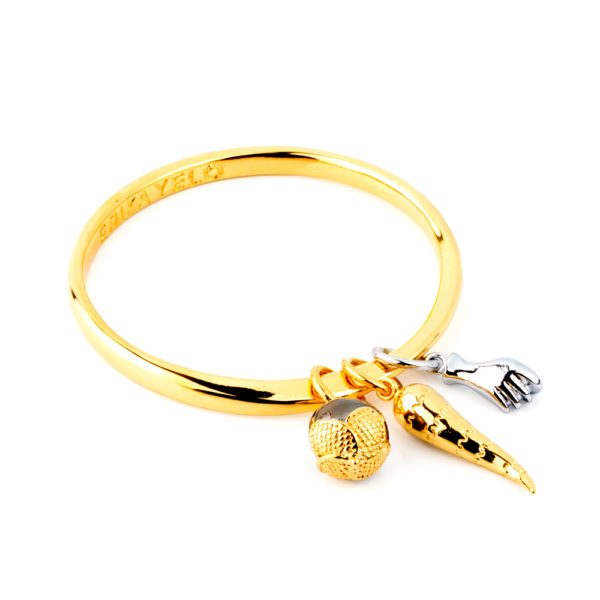 Since the beginning of history, human beings have wanted to protect themselves or attract good fortune through objects considered to be of power. Each culture and each religion have their own amulets and those they identify with, many of them quite similar in form or origin. The amulets and talismans are those small objects in which we turn our desires and aspirations. The company and proximity of these elements, which may contain certain phrases or drawings that attract the psychic forces necessary to change the course of our lives.

The figa, although it is not known why it bears that name, is represented as a hand clenched in a fist, with the thumb hovering between the index and the middle finger. This represents the fertility of women, and it is possible that the name has to do with it because fig trees are also related to that aspect.

Il Corno or Cornicello is an amulet that is supposed to protect against the “evil eye.” In all of Southern Italy and especially in Naples, it is a symbol that many people wear around their neck or wrist. The use of this symbol for protective purposes is not something new.

The saying of the Seed symbolizes the fruit watered by the udders of the sky, breastfed by the nutrients of the earth and protected by the arms of men is the donation and sacrifice of a kingdom, the vegetable, which approaches consciousness when man feeds on his sap, nutrients and tissues, his substance; it is the donation of an energy of life, a vital force full of sun and earth, of ancestors that lie in the shadows of the oblivion of the centuries to transform themselves into Human Being.